Last updated 2022/08/22 06:25:38
Agora will soon stop the service for injecting online media streams on the client. If you have not implemented this service, Agora recommends that you do not use it.

Injecting an online media stream is the action of adding an external audio or video stream to an ongoing interactive live streaming channel. It enables the hosts and audience in the channel to see and hear the additional stream while interacting with each other.

The host in an interactive live streaming channel pulls an online media stream and pushes it through the Video Inject Server to the Agora Software‑Defined Real‑time Network (SD‑RTN™) and the channel. 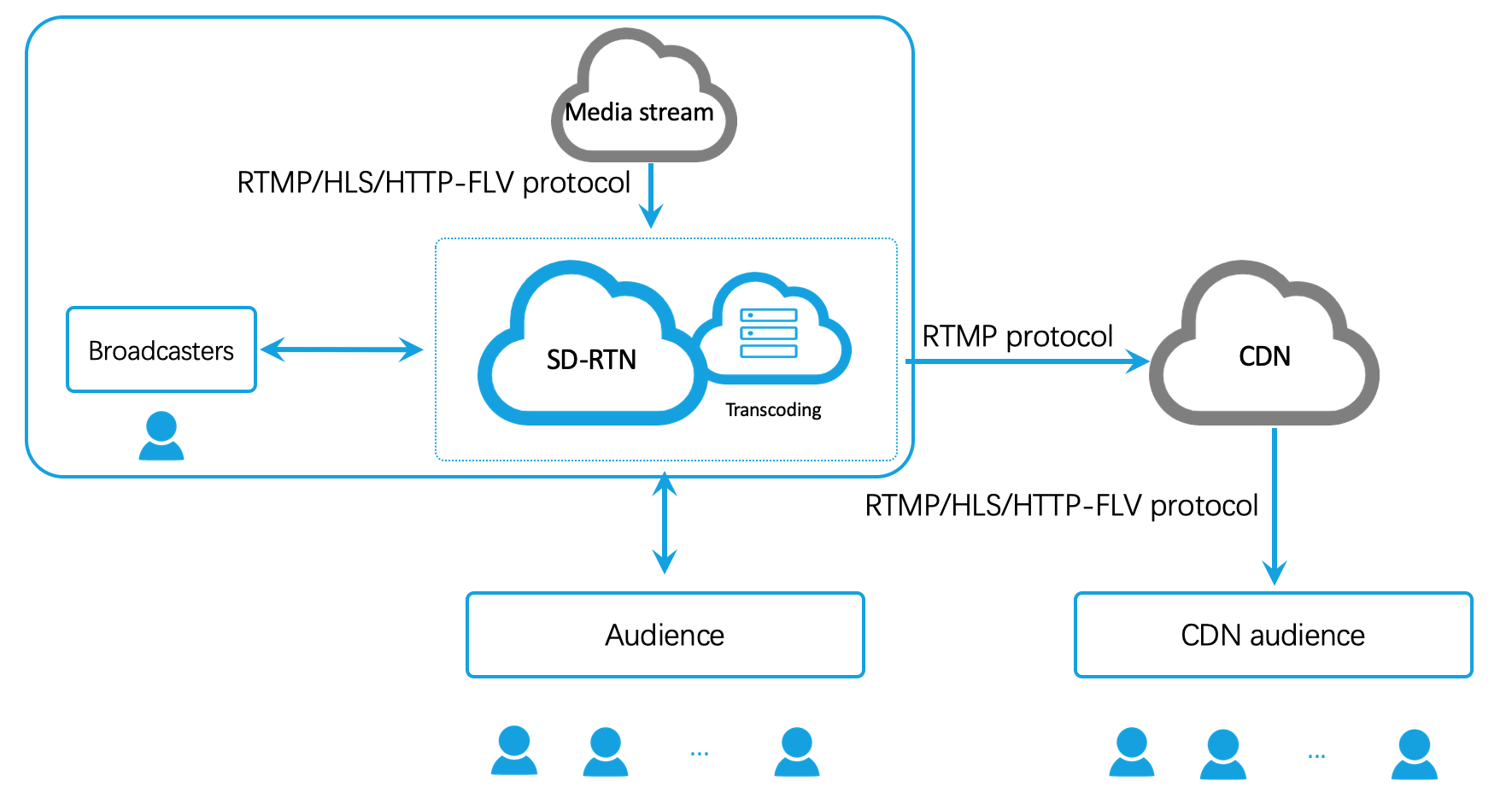 Before proceeding, ensure that you implement the basic interactive live streaming in your project. See Start Interactive Live Streaming for details.

Ensure that you enable the Media Push service before using this function. See Prerequisites.

Refer to the following steps to inject an online media stream:

We also provide an open-source Live-Streaming-Injection demo project on GitHub.

To receive the injected media stream, the audience need to subscribe to the host.