In individual recording mode, Agora Cloud Recording generates one audio and/or video file for each user ID. If you want to merge each user ID's audio and video files into one file, you can use Agora Format Converter Script.

1. Get the Agora Format Converter Script

To avoid compatibility issues, Agora suggests that you use the FFmpeg binary in the zipped file or install FFmpeg 3.3.

You can start transcoding the files after you set the parameters.

You can get the options with the python convert.py command. 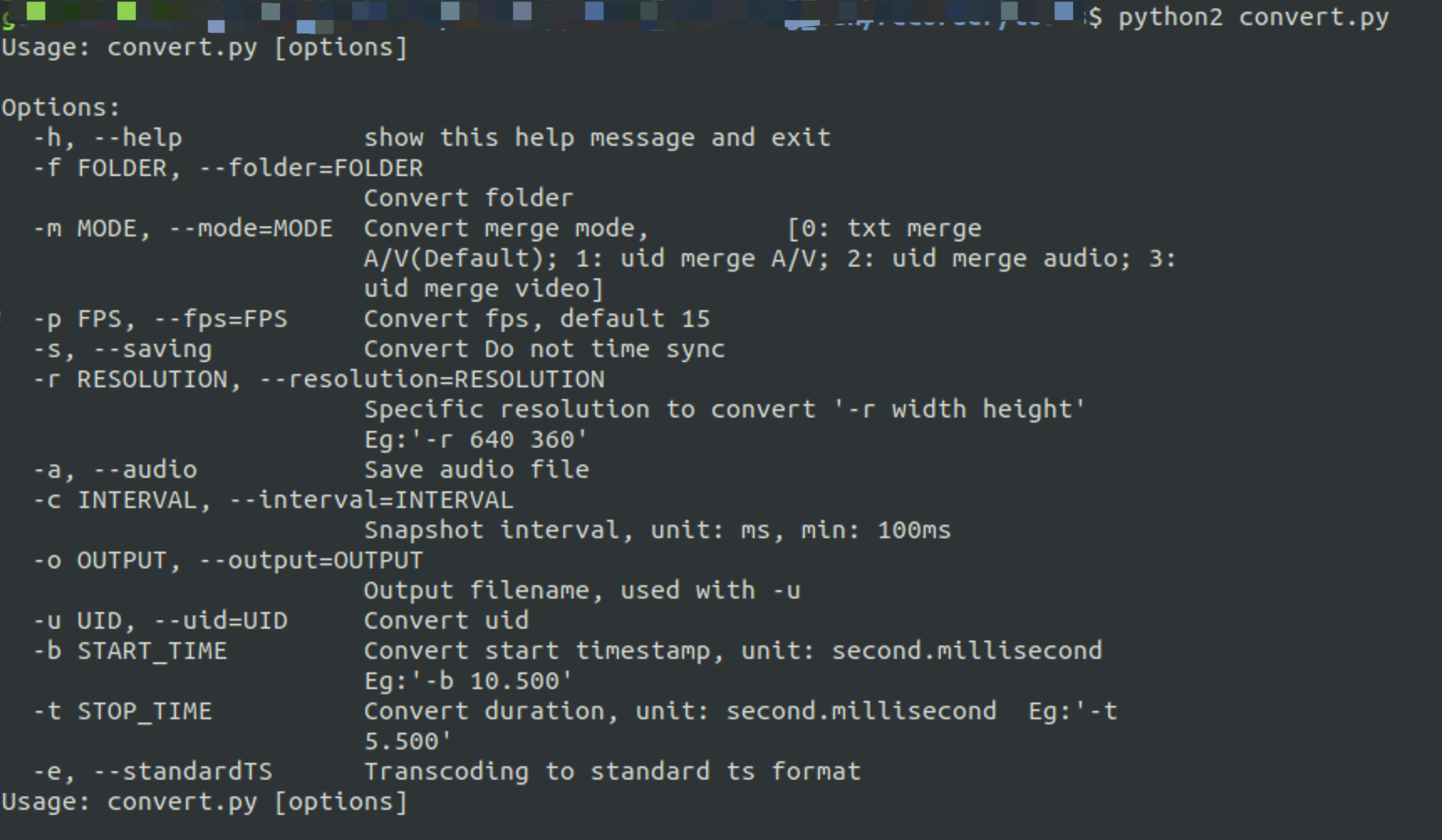 Or you can refer to the following table to learn about the transcoding options:

Agora Cloud Recording starts recording a user ID only when all the following conditions are met:

Agora Cloud Recording stops recording a user ID as long as one of the following conditions is met:

See Example for more information about the recording segment.

It is assumed that each user ID in the channel generates several audio files and video files.

To merge the audio and video files of the same user ID into one file, use the following command:

Two files are generated after transcoding: 100_0_merge_av.mp4 and 123_0_merge_av.mp4. The 30 seconds when user ID 100 is absent is not included in the merged file. To include the time interval, do not set -s.

To merge the audio and video files of the same user ID based on the recording segment, use the following command: